Back To News & Events

The latest news from Blackfern 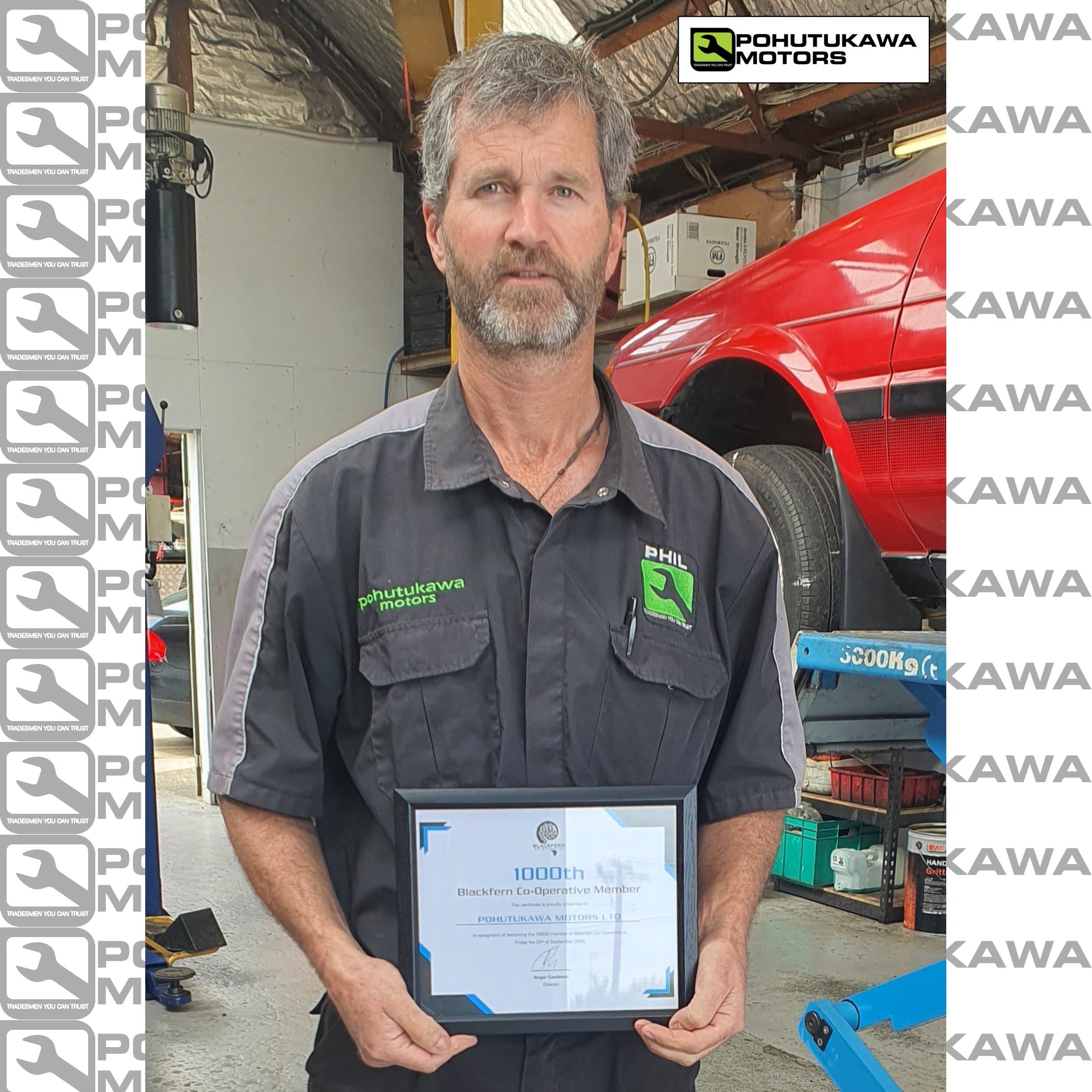 Pohutukawa Motors near Auckland's Beachlands joined the Blackfern Co-operative recently and was surprised to get an extra-warm welcome, as it is the group’s one-thousandth member.

Owner Phil Long says that after researching the options it was a no-brainer to join Blackfern.

“I did analyse it and was looking for a catch but I couldn't find one, or a reason not to join. It kind of feels like a family as it is New Zealand owned and operated and we really need that right now,” Phil says.

The fact Blackfern had partnered with FMG Insurance also showed a commitment to growing member services, alongside earning rewards.

As a landmark member Phil got some additional rewards points and a certificate, now proudly displayed onsite.

Phil knows about organic growth. After working as a technician and service adviser for Lexus and Toyota he had nearly five years as a stay-at-home dad. He planned to leave the trade but his growing business as a mobile mechanic led to the decision to set up in Beachlands, and he started Pohutukawa Motors in April 2013. The business has grown to a staff of five, with Phil looking to taking on more staff and even opening another workshop.

Phil says that the lockdown has obviously affected trade, but the signs are now good.

“We are always busy with WOFs and we are now back to a semblance of normality.”

Phil is also optimistic about the future.

“There's a lot of awareness around electric vehicles and the impact they will have on the traditional motor trade but short term I don't anticipate much change. Even after the electric charging infrastructure is improved electric cars will still need servicing and with hybrids people will still be running combustion engines for a while,” he said.

Make sure to read the November edition of Auto Channel Magazine to see the article.